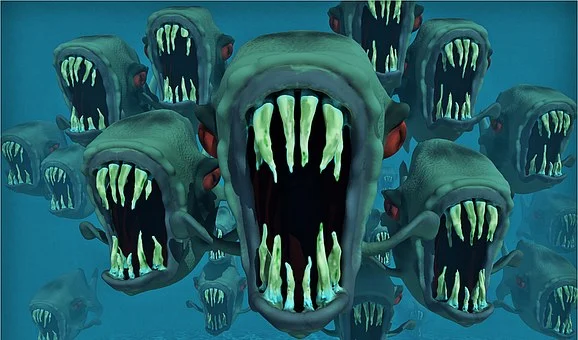 His heartbeat skipped three-fold for some seconds. Now he was sure of his plight. The water was freezing all around him, and what he found ironic is that the sun was fully out in the sky.

He was freezing fast. His teeth clattered against one another. It was like in a fiction series, everything was going on well at first but then took a sudden turn.

“That was the peak of it,” he was scared.

More confusing was the feeling after the plummet. He wanted so bad to escape the grasp of the strange lady but the pool water won’t let him. Maybe she did something to the water. His current state transcended that of despair. He felt so small. The last time he felt that way was age four. That feeling of helplessness, like a scared little boy in the dark afraid of the darkness and everything that comes with it.

He began to sink but showed a lot of struggle. After rigorous flapping of his weight in the hostile water-body, his leg hit the metallic arm of the living room couch he’s crashed into the night before.

Stupid! He murmured under a very tired breath.

Just another nightmare, he added and went to sleep the second time.

He never really got hold of a second sleep. He just laid bare and restless, twisting on both sides right where he laid.

It must have been quarter past 6 a.m. when he had that nightmare because some twenty minutes later, the 7 a.m. alarm rang from his android phone which he had successfully failed in removing from his three quarter piece coat he had hung on the standing fan the night before.

He hissed often than ever, something he had sworn to never do again but frustration has a way of bringing back old habits in oneself and it gets sometimes overdone when people finally hit rock bottom.

Probably he was mad at how he made a mess of himself by drinking to stupor in a bid to rid himself of the negative vibes that had surrounded him, but obviously the success was temporary as memory from night before keeps crashing into one another in his head.
His head hurt so badly.

He rose from his resting position with his two arms as support and somehow staggered forward, still very much dizzy and you could see him putting so much effort trying to wriggle his weight towards the bathroom.

Then a feminine voice reverberated from the room opposite, it belonged to his mum. It was a two-room apartment. The space adjacent housed a veranda where you could probably get a view of the city though limited.

The structure would most definitely be a joke to modern day architecture and construction. The building must have been one of the earliest as it was constructed shortly after the Biafran war, and that’s where twenty-three-year-old Thomas lived out his life with his Mum.

The father had long abandoned them, after hot exchange of words with his Mum, the night before he clocked the age of four. It was one of those shrill and fragile period in life that his anxiety started.

He squashed a handful of water on his tired face thrice and he turned to behold a very familiar face. He wore a smile then it disappeared as quickly as it came. He couldn’t help but remember his absent father every morning upon setting those pair of brown eyes on his mother, and he hated him for it.

He hated him for leaving.